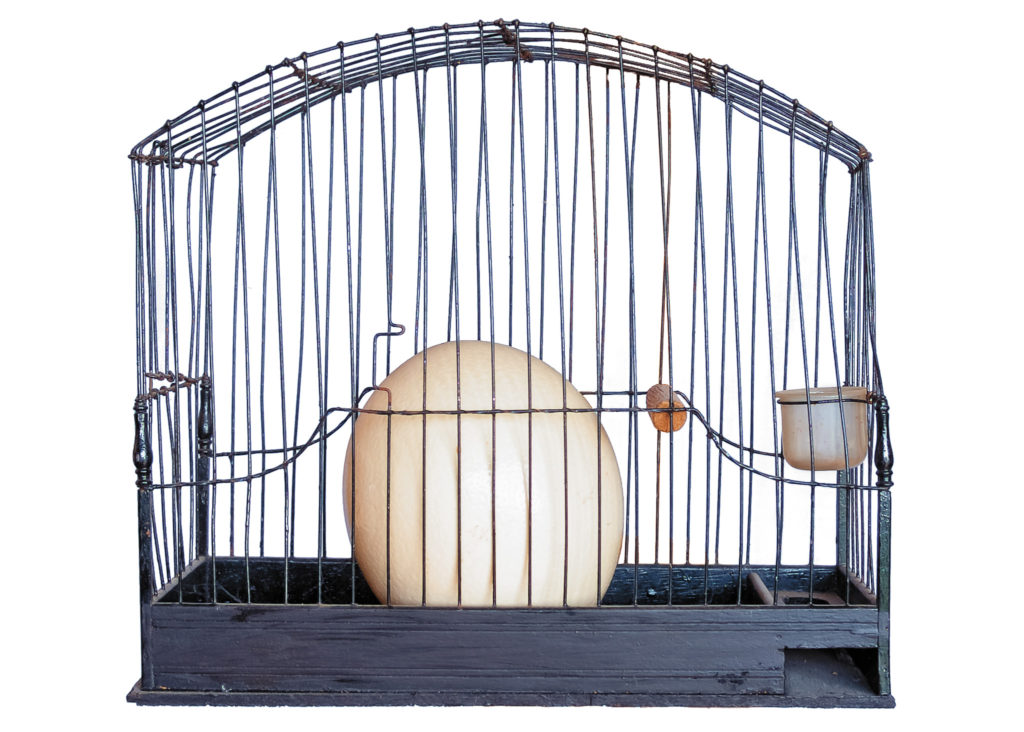 Jack Morton and Ed Fisher are story tellers. Their retrospective, mixed media show forms stories which may shift in tone between whimsy and the blackest humour.

Jack and Ed invite you to join them on the opening day of their exhibition – Tuesday 1 August, when you can enjoy a glass of wine and chat to them about their show.

… Jack Morton’s art explores the deep-seated stories that span cultures. Working in the Modernist idiom, he nevertheless rejects 20th century art’s break from the past. The boxes that recur in his work remind us of Joseph Cornell’s containers, but they also function as ethnographer’s receptacles, spaces in which to sift through and catalogue cultural evidence. Displaying his findings, Jack Morton becomes a latter-day Claude Levi Strauss, the archaeologist who described his practice as ‘the search for unsuspected harmonies’. With their undecided forms and layers of historical correspondence – callipers that resemble Futurist birds, broken Doric columns that sag like flaccid phalluses – Morton’s works are a synthesis of Picasso’s found object assemblages and the structuralism of Joseph Campbell, reconciling the modern and the mono-mythic.

… Ed Fisher’s behaviour would seem to suggest that what for the rest of us is at most an intriguing philosophical debate – the problematic relationship between mind and body – has become for him, as it were, a real problem. He really isn’t continuous and unitary in the way that, despite Descartes, the rest of us are. He doesn’t hang together. He doesn’t flow. There is nothing natural about him : he only manages to demonstrate that integrity, that wholeness that defines a personality – in short, he can only be a person by a conscious and desperate act of will. But, of course, for that reason he is never really a person at all, never a real person : real people don’t have to try.